Convicted of robbery and horrific murder in Houston, James Edward Smith departed from this world at the hands of prison officials back in 1990. Smith became further famous the world over after requesting nothing other than a lump of dirt as his final “meal” request. This was supposedly something he needed for a voodoo ritual he was planning to conduct. Sadly for him, dirt did not appear on the approved list of meals on that particular prison. Thus, he had to make do with yogurt.

1998 saw a death-row inmate in Texas exit the world much in a similar vein to that in which he entered it – that being entirely at the beckon call of his dear old mother. 35-year-old Teague had initially turned down his last meal as he had planned to eat nothing and shun the request all along. His resolve didn’t last however and he subsequently ended up eating a cheeseburger. Because his mum said he had to.

An entry just to pay homage to all the biggest last meal request in the world, or, at least, those who have actually managed to tough their way through theirs. In the case of Jeffrey Dillingham of Texas, he decided that his last one would be a big one, ordering up a triple cheeseburger with no mayo (maybe he was watching the calories), a huge portion of fries, lasagna, garlic bread, macaroni cheese, three cinnamon rolls, a half-pound of nacho cheese five eggs and to wash it all down with… eight (yes, 8) pints of milkshakes.

Another last meal request to quickly become famous the world over. Thomas Grasso was like many others in insisting he would do his best to let cholesterol take him first. His mammoth meal which he actually managed to plough through consisted of a double Burger King cheeseburger with the works, a specific brand can of spaghetti and meatballs, 24 cooked mussels, half a pie, a mango, whipped cream and a giant milkshake.

Unfortunately, he did not part this mortal coil pleased, after condemning the prison in the strongest possible terms for providing him with canned spaghetti, when he had actually requested Spaghetti-Os. “I did not get my Spaghetti-O’s. I got spaghetti. I want the press to know this!” became part of his world-famous last speech. 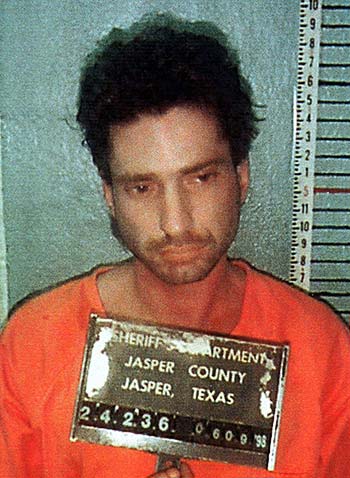 And finally, taking the number one spot is a death-row inmate who will forever be remembered as one who managed to take the only treat those to follow in his footsteps may have looked forward to away once and for all… Lawrence Russell Brewer. Brewer ordered a decidedly luxurious feast of chicken fried steaks with onions and gravy, a triple cheeseburger with all the trimmings on the side, a large meat and vegetable omelet, fried okra with plenty of ketchup, half a loaf of bread, a whole pound of barbecue meat, a meat feast pizza, three fully loaded fajitas, three cans of soda, peanut butter fudge and a pint of ice cream.

Incredibly, the whole meal was brought to Brewer, which he then refused to take a single bite of.

This inspired the state of Texas to eliminate last meal requests as of September 2011 though, really, who can be blamed here… the maniac with a penchant for erratic behavior, or the prison and catering staff that should know better?

Debatable to say the least, but thus ends a long-standing tradition and final privilege for a new generation of death-row inmates… at least in Texas anyway!