To be moved by something, to really experience it is the sensation of being haunted. It is a captivation made up of equal parts desire and disgust. It is a haunting. Something to fear and retain as dear, haunting items of clothing in literature are not new. They actually seem to be developing into a tradition of their own. Many objects stand out in myths, fairytales, and stories; in many cases, they can be supplanted by an image of these objects. For example, a sword in stone is a stand-in to the tale of King Arthur, or bread crumbs in the forest can only conjure the cruel fate of Hansel and Gretel. People are defined by the tools that they use and by the clothes they wear. Whether a technicolor dream coat or a sorting hat, clothing can speak — sometimes quite literally. As Gottfried Keller says, clothing makes the person. We are the incidental being in the careful selected exterior. The collection made here are of items that haunt either the imagination of characters or those of readers (perhaps both).

This is a symbol of history and tradition for Harry Potter and his young friends, but also an opportunity to disappear — which could only be attractive in the eyes of the pubescent and pimply. Its potential of power fascinate the trio and yet all they seem to come up with is marauding about the halls of Hogwarts. Readers of the books, on the other hand, are fascinated by the cloak for its seemingly infinite size. Harry’s father was not an 8XL!

I couldn’t resist including Leonard Cohen’s famous blue raincoat, sung about in the legendary album, Songs of Love and Hate. It haunts the fans as one of the strongest images in Cohen’s oeuvre, all without ever literally being an image. On a rainy day, walking on the city streets, the sight of synthetic blue brings a smile as if the spirit of Leonard Cohen was right there, stalking the urban jungle. Interestingly enough, Cohen has on one occasion admitted that his raincoat torn at the shoulder was, in fact, red. 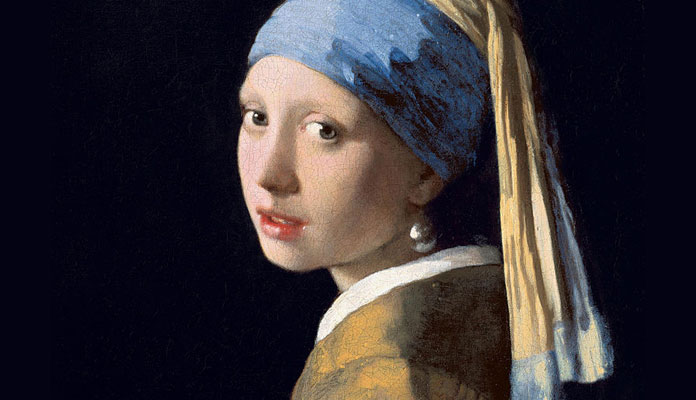 In deep trouble for having given a pearl earring to a serving girl, to have a point of light for the painting we are assured, Johannes Vermeer suffered many discontents, mostly from his jealous wife, whose pearl the serving girl wears. The earring is not only the central focal point of the painting but also of their entire story. This is, of course, Tracey Chevalier’s version. Very little is known about Vermeer, let alone the subject of the painting. And yet, this is one of the most discussed subjects in painting! The earring continues to haunt us.

In continuation of the theme of jealousy, we come to Othello with another object that incites tragedy: Desdemona’s handkerchief, initially a gift her husband, Othello, the handkerchief is planted on Cassio, a loyal friend to Othello. The effect is simple, like a Modern-English Inception, the idea of cuckoldry is planted and bloodshed is quick to follow. The handkerchief has become a symbol of marital mistrust.

The Shirts in “The Great Gatsby” 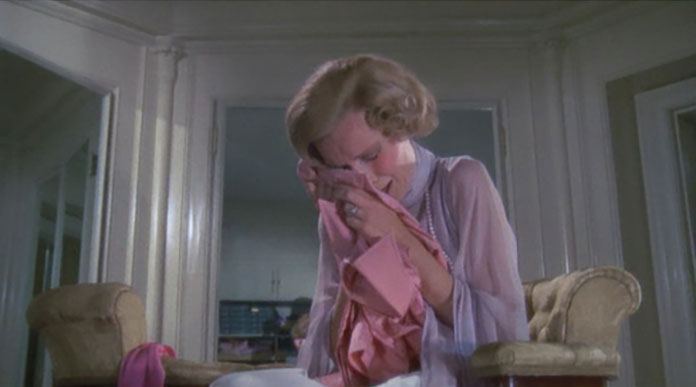 Considering F. Scott Fitzgerald now, we come to Daisy crying over Gatsby’s shirts stormily “They’re such beautiful shirts”. In the short novella, this is a major disruption of action. There is a significance to these shirts that goes beyond materialism (although the significance of materialism in The Great Gatsby should not go understated). Could Gatsby, great as he is, be little more than fine shirts the likes of which no one has seen? Is he simply great to live up to his fine linens? For Daisy, they are the symbol of separation between the old Gatsby and the new, after all.