Nicolaus Copernicus (or Mikołaj Kopernik, or Niclas Koppernigk) looked at the earth, until then always placed at the centre of the universe, and kicked it from importance by developing the first fully formed heliocentric cosmology. Copernicus’ 1543 book, De revoltionibus orbium coelestium (On the Revolutions of the Celestial Spheres), is usually referred to as the beginning of modern astronomy (paving the way for many of our other “star” astronomers). The vast influence of his work incited so much debate and ongoing study that it caused an intellectual revolution, known as the Copernican Revolution.

Best remembered as the author of Almagest, also called Mathematical Syntaxis, an overwhelming 13 volume edition that has a star catalogue detailing forty-eight constellations with names still in use today: Ptolemy is the reason you see a belt when looking up at Orion. This work was so well respected — perhaps, in part, on account of the “user-friendly” tables throughout — that it remained the source text until the scientific revolution when geocentrism (the conception of a universe where everything revolves around Earth) was done away with.

Curiously, the number three position is taken up by a man who took up astronomy at the age of thirty-five, after purchasing Astronomy by James Ferguson. Taking after his father, he had been a musician up until this point and would continue with the practice to death. In the field of astronomy, Herschel initially studied double stars, showing how they are known to orbit one another. This led to the accidental discovery of Uranus and infrared radiation, appointment to the Royal Society, and monetary backing. Becoming a man of leisure was not as simple as leisure for our friend Herschel; he used the time once set aside for learning to map out the milky way and build incomparable telescopes (including one measuring twelve metres!). 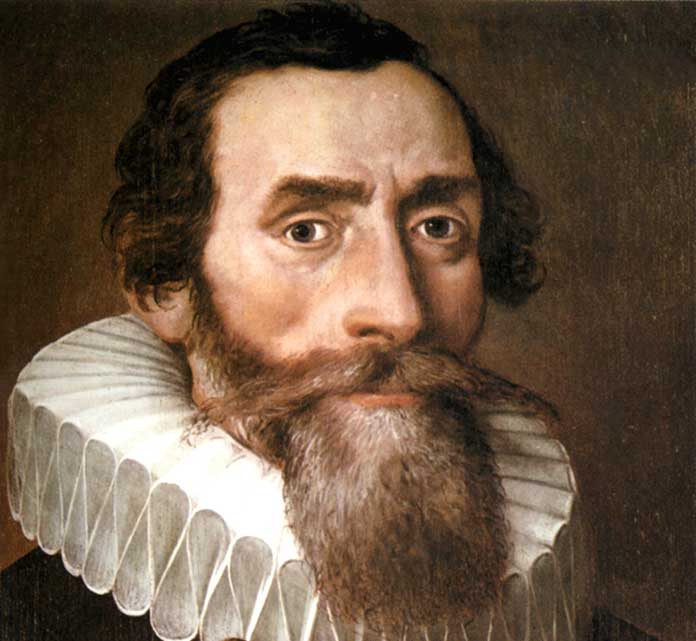 No one will argue with you: Kepler is one of the most significant contributors to human understanding the world has ever had. He re-explained planetary motion, correcting previous models to the understanding that is still upheld. Kepler’s advancements in optics show the everyday applicability of his science: he was first to show vision to be a process of refraction and made glasses for the nearsighted and the farsighted. This research would soon allow him to better contemporary models of the telescope. By considering his work “celestial physics”, Kepler was able to encompass a depth that exceeded previous efforts. Just so, he has become a role model in pushing the boundaries of thought. This is also true of the next entry, although don’t let them hear we’ve grouped them!

Our next prolocutor for the freedom of enquiry, Galileo Galilei, heroically defended heliocentrism before the Roman Inquisition — a position he would have to recant to keep his life. The outcome of this was house arrest, quite the treat for a scholar. From there, he was able to make his observations and continue work that suggested no kind of compromise to the state. He is best remembered as this sort of figure, but his contributions are also great. He discovered three of the moons of Jupiter, recognised the unique nature of planets (that they do not share altogether similar traits), identified sunspots while re-examining knowledge on the Milky Way and sea tides. More than any other astronomer on this list, Galileo Galilei is a story unto itself. For that, he is most influential.