The Salomé here portrayed is Wildean and Straussian, after the Christian tradition

The immense popularity of the character around the turn of the nineteenth century left an enormous literary, painterly, and musical legacy. In this period her character was re-written and re-established into one of a femme fatale, enchanting and destroying at will. Her dance of the seven veils captivated the world in the Strauss opera. We are still under the spell of one of history’s most dangerous women.

Both real and not, Anna O. is the most famous of all of Freud’s patients. Her image was used to illustrate hysteria — traditionally assumed only to apply to the female sex, as the word’s etymology suggests. The name is an alias to protect this victim of psychoanalysis, as she is now often interpreted. Initially treated by Josef Breuer for relatively simple symptoms such as coughing and obscured vision, hearing, and speech, her behaviour became more extreme exhibiting paralysis, hallucination, and regular fainting. Anna O. is our most objectified mad madam, a science project, and essential for our understanding of the fictional diagnosis, hysteria.

Rarely has there been such an effective psychological thriller as Black Swan. It divided people into nearly as many fractions as the film’s protagonist, Nina Sayers, a ballet dancer who dances around sanity and quite quickly pirouettes far away from it believing herself to be metamorphosing into the black swan as paranoia and competition eat away at her nerves. The clever — if not unique — filmic technique require of the audience to transcend into madness with her into poetic impossibility, if only for a hundred minutes. 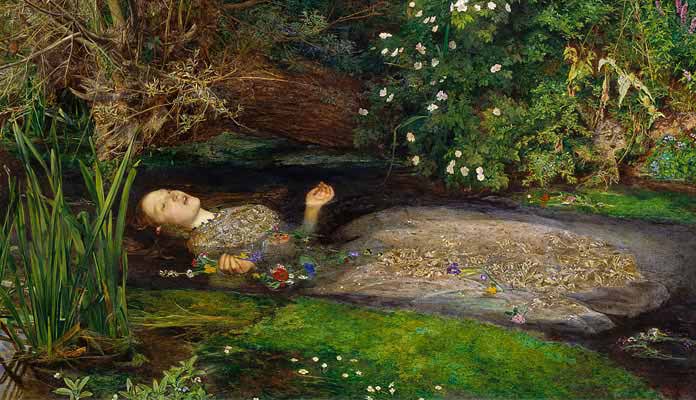 Ophelia makes it so high on the list for the simple reason that her image has become the symbol of a mad-stricken woman: she continues to tremble with the terror of love long after Hamlet is finished with her. The final scene with Ophelia is one of the greatest in the English theater tradition. She distributes flowers to communicate through the barrier of madness and touches the hearts of those around her for the last time. She is a rose herself, delicate and lovely.

With all the half-witches present on the list, we can safely say that this is a trait often linked to the mad madams. Number one is a real witch, what with her concoctions and potions by which she is often depicted and identified. She has no qualms with parricide, killing off uncles and children here and there like nobodies business. And what she does to her brother Absyrtus! Let’s not even go there. With all her ties to the gods, she was able to get away. Upon the string of revenge murders, her grandfather Helios sends a chariot to aid her flight. But no matter where she goes, tragedy follows and she continues to kill. Medea is number one because she never stops!