Give up an indulgence

Alcohol, chocolate, meat, cigarettes etc. etc. – the list goes on and on and each and every one of us has something that we feel we should give up though for some reason would refuse point blank to do so at any other time of the year. For some reason though, we feel the need to punish ourselves in January and therefore plan to cut out of our lives something that we genuinely love. Needless to say, failure is about 99% guaranteed as life contains too few pleasures as it is. To really think about cutting them down even further would be crazy, don’t you think?

Time to cut back on spending

Not so much an annual resolution and more a monthly intention for millions the world over. Finding out that each and every time the coffers run dry, we once again make a vow to cut spending and begin saving for the proverbial rainy day. The only difference over Christmas is the coffers run far dryer, far quicker. The resulting situation remains exactly the same, as we all know.

This in no way refers to the free-spirited “hippy” soles out there who wish to embrace all that is weird and wonderful in this world and beyond, but those who make the decision to try out at least something new every week or month in order to broaden their horizons. It could be something as simple as a new kind of fish to replace a weekly meal or a new annual holiday destination. In either case, the outcome seems to be the same. It being that we already know exactly what we like and will no doubt continue to indulge in it rather than trying something new.

A real biggie to say the very least. If you’ll pardon the pun of course. Every year, millions of people make a promise to themselves that they will shed all of their excess Christmas weight that they may be carrying just as soon as the calendar flicks over to January 1st.

Of all the intentions in the world this has to be the most prevalent example of one easier said than done, as while some will indeed find the body of their dreams lies in the new year, others will simply shudder at the thought of receiving another set of bathroom scales as a gift next Christmas. 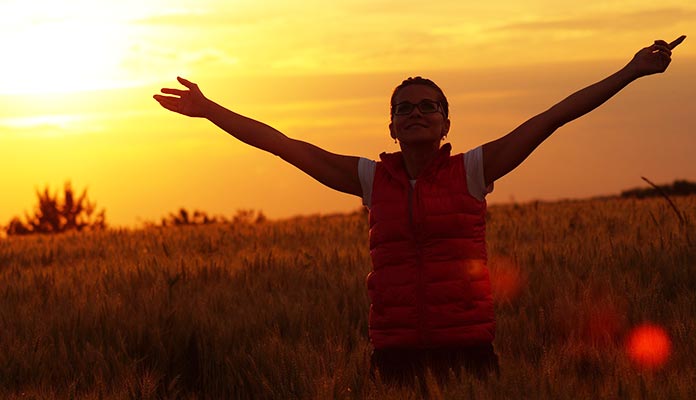 Vague perhaps, but the most ambitious and encompassing nonetheless, this could indeed include all or none of the above plus infinite other examples. To a certain extent this is also the most achievable as it does not need to be defined in specific terms. Though if the intention is to be quite blissfully happy from midnight New Year’s Eve until the same time 12 months later, please feel free to share your secret with the rest of the world if you manage to do just that.

You’ll be doing a much better job than 99% of the world. Totally made up statistic but could might as well be true!